~A Portrait of Blues in Canada~
by Randy MacNeil & Francine Aubrey


Sample pages - Table of content - Excerpt from Intro - Press release - Media / Reviews
Savoir Faire Canadiana is proud to announce the release of their exquisite book, A Portrait of Blues in Canada - a Photographic Documentary by Randy MacNeil & Francine Aubrey. Over 5 years ago, Randy started working on a Canadian Bluesbook project. What began as a photobook became a stunning and insightful photographic documentary featuring Randy MacNeil's rich black and white (film) portraiture of Canadian Blues artists from coast to coast, accompanied by the artists' answers to the following questions:

Their answers and only their answers accompany the photographs. With the story told by the artists themselves, the reader is led through a rich and intimate view into the Canadian blues music scene and its history. Of course people were missed, but the amazing thing about this record is how few actually were.

Who's in the book?


A first of its kind, A Portrait of Blues in Canada is a 260 page, hard cover, limited edition high end coffee table book is "a must have" addition to any serious music library.

"This is an amazing and very important book. It is an important part of Canadian Blues history."
-- Holger Petersen, Stony Plain Records, Saturday Night Blues (CBC) and Natch'l Blues (CKUA)
"Loved your book. Thought it was great and informative. Terrific pictures."
-- Bernie Finkelstein, Music Executive, The Finkelstein Management Company, Founder of True North Records
"No one has ever documented Canadian Blues music like this... until now... You did it! What an extraordinary book. The photographs are stunning, and combined with the artists' insight, it's magnificient... Mazel tov!!!"
-- Mitch Podolak, Executive Producer of Home Routes, Founder of the Winnipeg, Vancouver, Stan Rogers, Owen Sound Folk Festivals and the Winnipeg West End Cultural Center. 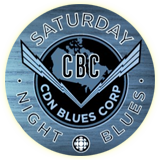 "This is an important part of Canadian blues history"
-Holger Petersen 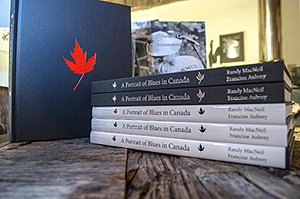 To order, click on the PayPal "BUY NOW" link below.

Put your shipping address in the comment box, along with your preferred shipping company.

We will process your order the same day.


Legal - See us on Facebook! - Web Site Designed by: